Since 1923, we have proudly delivered excellence in clinical care to the Melbourne community. 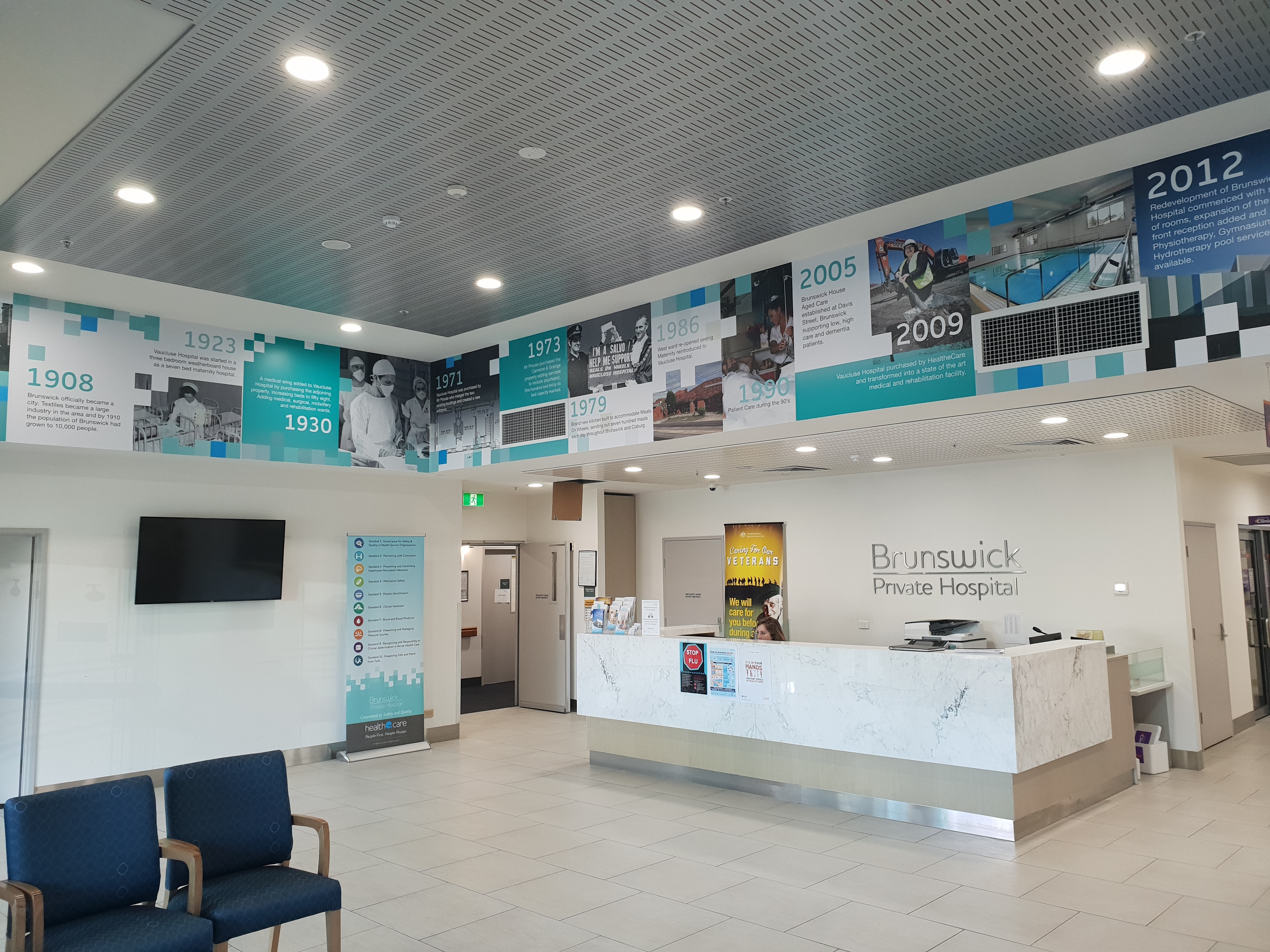 Brunswick officially became a city. Textiles became a large industry in the area and by 1910 the population of Brunswick had grown to 10,000 people.

Vaucluse Hospital was started in a three bedroom weatherboard house as a seven bed maternity hospital.

Vaucluse Hospital was purchased by Mr Prouse who merged the two existing buildings and created a new entrance.

Brand new kitchen built to accommodate Meals on Wheels, sending out seven hundred meals each day throughout Brunswick and Coburg.

Vaucluse Hospital purchased by HealtheCare and transformed into a state of the art medical and rehabilitation facility.

Redevelopment of Brunswick Private Hospital commenced with refurbishment of rooms, expansion of East Ward, and the addition of a new front reception, patient gymnasium, and hydrotherapy pool.

South Ward opened with thirty additional beds, taking the hospital to a total capacity of 126 beds.